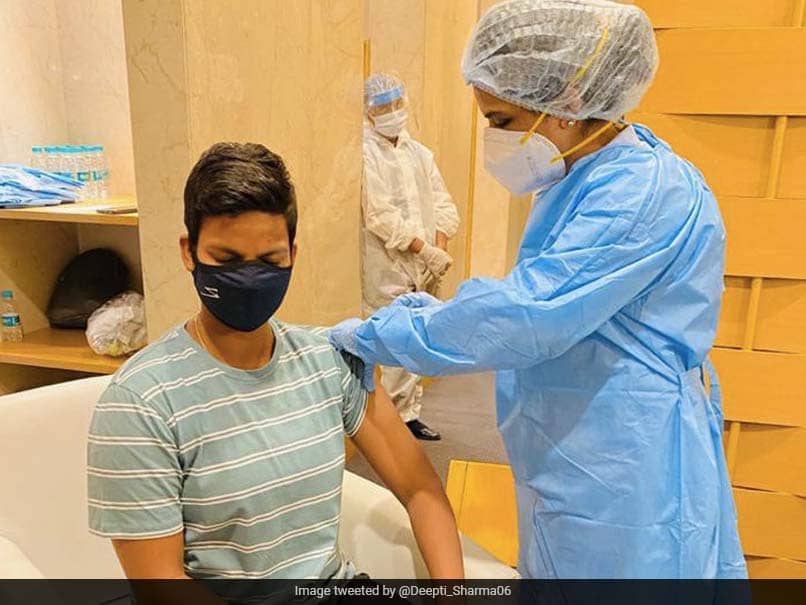 All-rounder Deepti Sharma tweeted a picture of her getting the COVID-19 vaccine jab.© Twitter

All members of the Indian women’s cricket team have been administered the first dose of the COVID-19 vaccine ahead of their upcoming away series against England beginning June 16. The Indian team, which is currently in quarantine in Mumbai, will begin its England tour with a one-off Test in Bristol from June 16. It will be followed by three ODIs and as many T20Is. “All the players of the women’s team have got their first dose of vaccination. Most of them got it in their respective cities, while a few who didn’t, got their first jabs on Thursday,” a BCCI source said.

All-rounder Deepti Sharma on Thursday shared a picture on Twitter of her taking the jab.

“Though I am a little scared of needles, but I still got myself vaccinated today. I urge people to please get vaccinated as soon as they can! #GotTheDose #We4Vaccine #CovidVaccine,” she had tweeted.

The source said most of the players received Covishield vaccine and they will be administered their second dose by the UK health department.

The Indian women’s team will depart for England along with the men’s squad, led by skipper Virat Kohli, in a chartered flight on June 2.

The players are expected to take their second dose of Covishield in England.

The Indian men’s team will face New Zealand in the World Test Championship final in Southampton on June 18 before taking on England in a five-Test series.