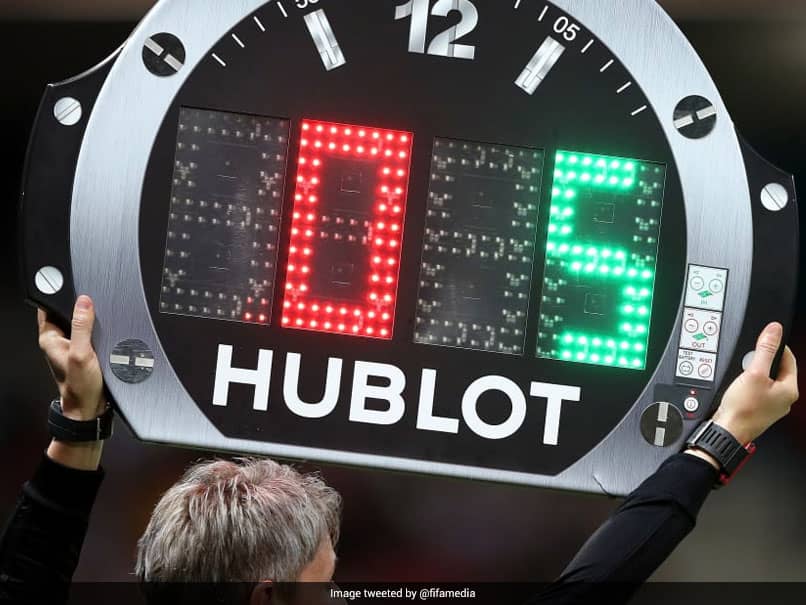 The five-substitute rule was first introduced last year in response to the COVID-19 pandemic.© Twitter

Teams at the World Cup in Qatar will be able to use five substitutes per match after football’s rule-making body on Friday extended the right until the end of 2022. IFAB said the rule, first introduced last year in response to the COVID-19 pandemic, will remain in place until December 31, 2022, “for all top-level competitions”. It said the decision to extend the rule “follows a global analysis of the ongoing impact of Covid-19 on football, as well as representations from several key stakeholders from across the football community”.

Teams used to be allowed just three substitutes but leading coaches have argued that the pandemic has led to competitions being played in a condensed format or time period, placing extra physical demands on players.

The move to increase the number of substitutes has already been implemented in the Champions League and Europa League and will be in place at the European Championship that kicks off on June 11.