New Delhi: Coal India Ltd., the world’s biggest miner of the fossil fuel, is about to enter negotiations with trade unions over potentially hefty pay hikes at a time when the global push for clean energy is putting the industry’s future into doubt.

The Indian coal giant is expected to begin talks this month that could result in paychecks climbing 20% or more, bloating its more than $5 billion annual wage bill. The Kolkata-based company revises salaries of non-executive staff every five years, and the next change is due starting in July.

Talks come at an exceptional time for the coal sector. India, the third-biggest emitter of greenhouse gases, is under pressure to reduce its dependence on the fuel, which accounts for nearly 70% of electricity generation, as Prime Minister Narendra Modi’s government is pressed to take more ambitious climate action. A global rebound in coal demand this year — driven by China — will be short-lived amid the rise of renewables, according to the International Energy Agency.

Coal India’s fortunes have swung dramatically, with profits sliding, production and shipments falling and cash drying up. Any large jump in its wage bill could force the company to raise prices for the first time in three years, just as its customers are struggling to pay and arrears are piling up.

“Coal India’s management will have the demand slowdown and intensifying competition from renewables in mind when they sit across the table with the unions,” said Rupesh Sankhe, vice president at Elara Capital India Pvt. in Mumbai. “Still, a 15-20% increase looks imminent,” matching previous pay raises.

India’s expected slow move away from coal, likely to take decades, will ensure coal jobs remain a major force in the nation’s economy for years. While Coal India’s headcount has fallen by one fifth over the past five years, it is still one of the country’s largest corporate employers, with 259,016 staff on its rolls.

A spokesman for Coal India said the company will start formation of the committee to discuss the salary revision this month. The federal coal ministry has given its approval to start the talks, said Sudhir Ghurde, general secretary at Akhil Bharatiya Khadan Mazdoor Sangh, one of the leading unions at the company.

“We will assess all the factors, including profits and staff strength before putting forward our demand,” said Ghurde, whose organization has been threatening to hold demonstrations if the talks don’t begin early.

An increase in pay will put more strain on Coal India’s balance sheet. Employee salaries accounted for more than half of the company’s expenses in the nine months ended December. That may force the miner to raise prices.

“The company will have to look at passing over any increase in the wage bill to customers, which can further hamper demand,” said Elara Capital’s Sankhe.

While global coal prices have been soaring to the highest level in years, state-controlled Coal India sells at a discount to help generators keep electricity prices in check.

The benchmark price in Indonesia, India’s biggest supplier of coal from overseas, has risen 50% this year, giving Coal India headroom to raise prices without losing customers to imports. But that advantage can be lost if international prices reverse sharply. 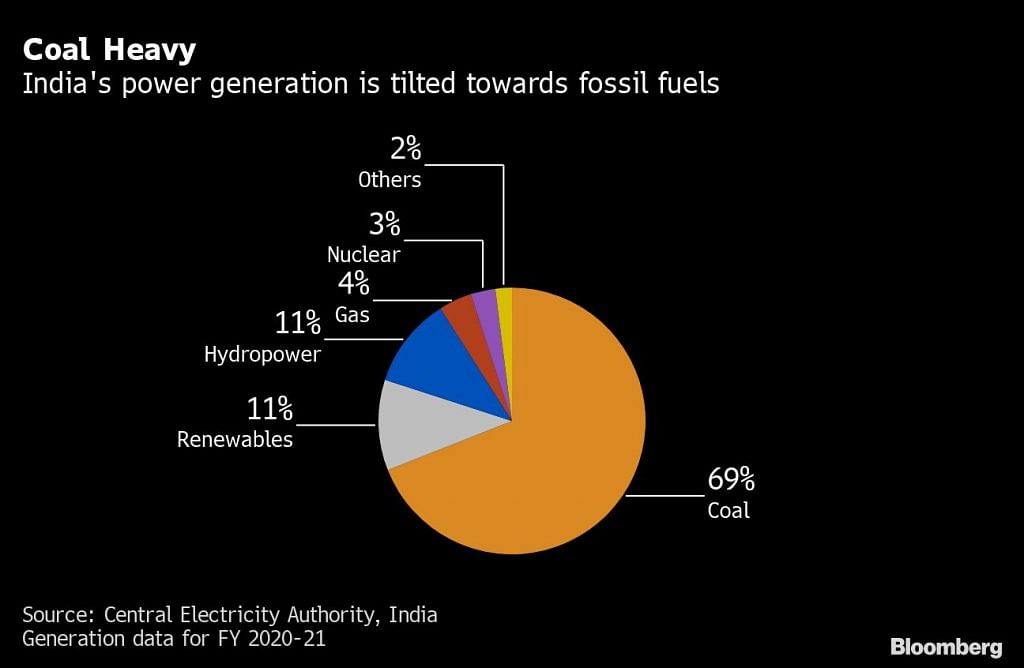 Coal India has seen profits fall for five straight quarters. The miner reported a 1% decline in output and shipments for the year ended March, even as inventories at its mines swelled to a record. The brutal second wave of the pandemic has triggered periodic lockdowns across the country, threatening a recovery in electricity and coal demand.

The company’s shares are up 10% so far this year, after plunging 36% in 2020 for the sixth straight year of declines.

Salary talks can take a while. The last time paychecks were negotiated, it took months to reach a deal for a 20% increase, which took effect retroactively from July 2016. The unions are hoping for a similar outcome in the upcoming talks.

“If you look at the wage revision record for the past 15 years or so, we have managed to get 20%-25% increases,” said D.D. Ramanandan, secretary at the Centre of Indian Trade Unions, another union active at Coal India. “I don’t see why it should be any less than that this time.”- Bloomberg