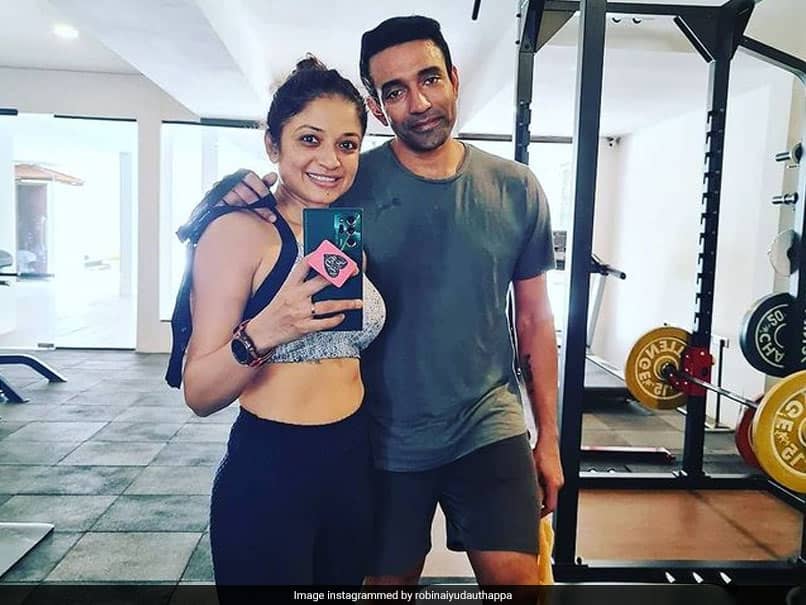 Veteran India and Chennai Super Kings (CSK) opener Robin Uthappa, on Tuesday revealed that he is beating the lockdown blues by sweating it out in the gym while maintaining social distancing. Uthappa also posted a snap with his wife, Sheethal Goutham, on his Instagram account. “Just us Uthappas beating the lockdowns,” he captioned the post. The snap is a mirror selfie of Uthappa and Sheethal and it looks like the photograph was taken after the duo had completed their workout. Uthappa also urged his followers to stay home to flatten the curve of COVID-19, by using the hashtag #stayhomestaysafe.

Uthappa, who is part of the CSK squad in the Indian Premier League (IPL), played his last competitive game in March earlier this year during the quarterfinal of the Vijay Hazare Trophy between Karnataka and Kerala. He managed to score just 2 runs off 9 balls as Kerala lost the match by 80 runs.

After the conclusion of Vijaya Hazare, Uthappa joined the CSK camp in Mumbai for IPL 2021. However, he did not feature in Chennai’s playing XI for any match during the first phase of the tournament.

The CSK openers — Ruturaj Gaikwad and Faf du Plessis — looked in good form. Du Plessis had scored 320 runs in 7 games at an impressive strike rate of 145.34 and an average of 64. He also struck four fifties. On the other hand, Gaikwad had scored 196 runs in as many games.

Uthappa will re-join the Chennai squad in September when the cash-rich league resumes in the United Arab Emirates (UAE). Overall, he has played 189 games in the IPL and scored 4,607 runs at an average of 27.92. He also has 24 fifties under his name in the marquee event.